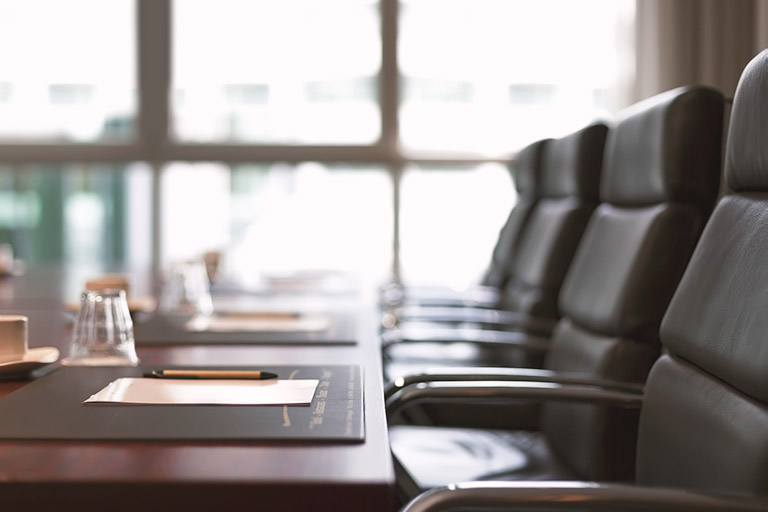 Chairman of the Board

Graduated from the Middle East Technical University, Faculty of Engineering, Department of Geological Engineering with the highest ranking grade and completed his master's degree in the same faculty in 1999. Mr. Met also completed his second master's degree at Sakarya University, Institute of Social Sciences, Department of Business Administration. He has a Phd. on Technology Management from the Military Academy. He has started his professional career at Middle East Technical University in 1996. Mr. Met has started working at Ziraat Bank as an Assistant Specialist in 2000, worked as a Specialist, Director, Project Management Department Manager and Department Head. Working as Head of Corporate Architecture Group between May 2015 and December 2019. Mr. Met has been serving as the Head of Human Resources Group since December 2019.

Born in Balıkesir in 1978, Levent Marmaralı graduated from the Department of Civil Engineering at the Faculty of Engineering in the Middle East Technical University in 1999. He started his career working for project companies. Mr. Marmaralı started to work for Ziraat Bank in 2000 as an Assistant Specialist and served as a Specialist, then as a Director and then as a Manager. He has been serving as the Head of Construction Department at Ziraat Bank since January 2014.

He was born in 1972 in Istanbul. He graduated from Middle East Technical University, Department of Political Science and Public Administration. In January 1996, he joined Ziraat Bank as Assistant Auditor and worked at various positions in the Audit Department. He subsequently served as London Branch Manager, Gayrettepe Branch Manager, Human Resources Department Head, and Deputy General Manager responsible from Human Resources and Financial Coordination. Since October 2018, Özdilek has served as Deputy General Manager responsible from Internal Operations. In 4th of December 2019 he was appointed as the General Manager of Ziraat Gayrimenkul Yatırım Ortaklığı A.Ş.

Yunus Sönmez was born in Istanbul in 1979. He completed his primary education in Bursa and his secondary and high school education in Istanbul. In 2001, he graduated from Sakarya University International Relations Department. He received his master's degree in Political Science and International Relations from Marmara University in 2005. He worked as coordinator of international relations in Marmara and Straits Municipalities Union and as finance coordinator in a private company. He received his second graduate degree from Johns Hopkins University in 2012. He has worked at World Bank as consultant. He returned back to Ankara, Turkey as Ankara representative of a non-government organization. He held positions as board member at Ziraat Yatırım Menkul Değerler A.Ş., Ziraat Hayat ve Emeklilik A.Ş. and Ziraat Sigorta A.Ş. Mr. Sönmez has served as consultant to the Prime Minister between 2014-18. He is married with a child.

He was born in 1975 in Van; completed his primary, secondary and high school education in Ankara. He has graduated with a bachelor's degree in Gaziantep University and a master's degree in Civil Engineering from Kırıkkale University and in 1998 he became a Civil Engineer. He is working on his Doctorate thesis. He did his military service at the Army Construction and Real Estate Department. Since 1998, he has worked as construction site chief and Project Manager in various real estate projects in Ankara. He has worked in the fields of Project Design, Building Inspection, Building Materials Manufacturing and Construction. He is currently working as a coordinator in an energy company. Mr. Çelik has association memberships, participates in various social project activities.